As of 1 July 2018, the application fee for a High Risk Licence has remained the same:   Application for new WA  High Risk Work

A man in his 50s has died in hospital following an incident at the West Gate Tunnel Project’s Footscray Road site. The man suffered

A construction company has been convicted and fined $80,000 after an excavation collapsed leaving a 17-year-old apprentice plumber with life-threatening injuries.   Olive Construction Pty 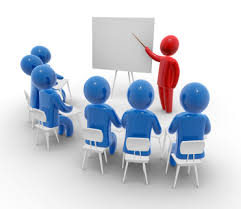 USI Will Be Required for All Students From January 2015

WHAT IS A USi  (UNIQUE STUDENT IDENTIFIER)?  A USI will allow an individual to see all of their training results for all Nationally Recognised Training

Man Pinned Between Forklift and a Scissor Lift

A man in his 20s has been airlifted to hospital by the RAC rescue chopper after a workplace accident in the British Aerospace dry-dock in Henderson on Tuesday morning.

Worksafe WA confirmed they were investigating an accident that occurred just before 8am on Tuesday morning where a man had been pinned between a forklift and a scissor-lift.