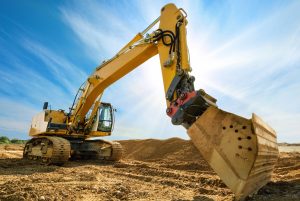 A construction company has been convicted and fined $80,000 after an excavation collapsed leaving a 17-year-old apprentice plumber with life-threatening injuries.

Olive Construction Pty Ltd pleaded guilty in the Melbourne Magistrates’ Court to one charge contrary to section 26 of the OHS Act for failing to provide a workplace that was safe and without risks to health.

The company was also ordered to pay $3505 in costs.

The court heard an apprentice and two other contractors attended a Canterbury townhouse construction site in September, 2016 to install two pump tanks approximately two metres from an excavated basement wall. While the tanks were being installed, the excavation collapsed, leaving the apprentice partially engulfed. The teenager, who had been in his role for 18 days, suffered collapsed lungs, 12 broken ribs, a fractured sternum, damage to his pancreas and a fractured shoulder.

Olive Construction had obtained a geotechnical report, which classified the site as being at high risk of abnormal moisture conditions. The report advised that attention should be given to ensure significant changes to soil moisture did not develop during construction. In the days leading up to the incident the site received approximately 17mm of rain.

The court also heard that Olive Construction should have supervised the contractors, or prevented them from accessing the site, until the soil conditions had been properly assessed and the wall stabilised. WorkSafe Acting Executive Director of Health and Safety, Paul Fowler, said the incident was a traumatic example of the dangers of working in and around excavations.

“All excavated walls or pits have inherent risks and employers must implement appropriate controls to ensure a safe working environment,” Mr Fowler said.

“There is little point in obtaining a geotechnical report if an employer does not heed its recommendations and there is no excuse for exposing workers, especially those who are young and inexperienced, to the dangers of an excavation collapse.”

Employers overseeing work in and around excavations should: